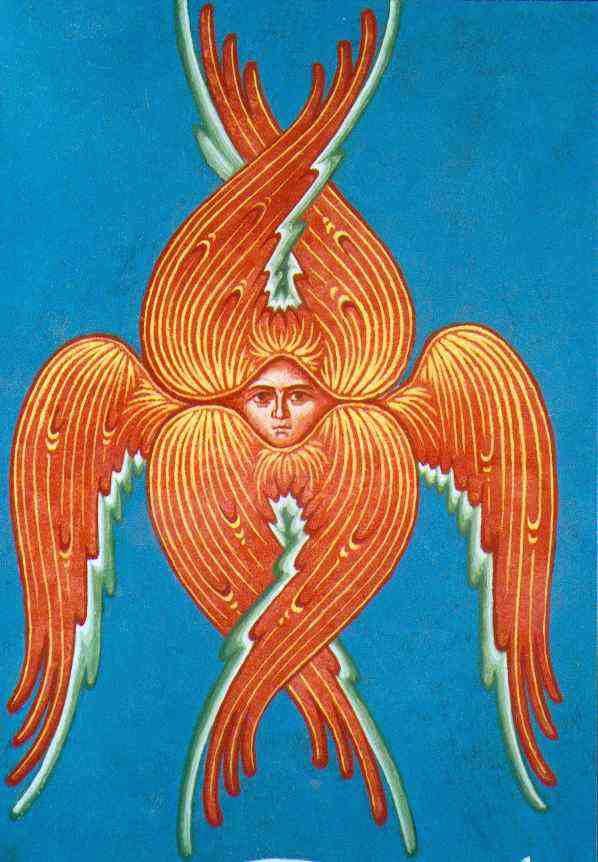 The abstraction of the horse

Eaten by the square

The Four Corners of The Higher Plane

The true son of man

about 4 million years ago, a pack of hungry angels found the perfect host planet. It’s humid, smelly and filled to the brim with very strange beings.
The angels discover one particular animal. Most of the animals on earth either perished or were completely unaffected by the angel's energy. But one great ape did neither of these things. She absorbed this energy. Unbeknownst to this dumb animal, the next two million years will see her species mutate into many bizarre shapes.
the angels adore this animal. Their hairy, stocky bodies, thick brow bones and small brains. An angel's love corrodes these features away.
keep in mind that at this point, the angels still live in the upper atmosphere. If standing next to an angel causes abrupt metaphysical warping, then it's easy to understand that hundreds of thousands of angels in the sky causes enough faint radiation to mutate the human morph over millions of years
The easiest way to instill ideas of abstraction is to sculpt the physical form. The angels straighten man's bones, inflates his skull, clusters his teeth and shaves off his fur. -of course a man does not see himself a monkey, he looks nothing like one.


The Abstraction of The Horse

"only abstract art can bring us to the threshold of the divine."

the inflated skull causes the brain to grow too big. The mind is too big for the dumb animal. In order to occupy itself, the brain torments the man by flattening the images that he sees. Does the man love spotted horses? The angels will force him to abstract the spotted horse.
see, mondrain’s abstraction of the cow is missing a step. In order to be a drawing, the cow must be flattened. There are no flattened images in the prehistoric world. The two dimensional plane is an angelic idea. The man shows his love for spotted horses by obliterating its volume, by abstracting it onto a cave wall.
soon, once early man learns to abstract the animals around him, the angels can translate the next tool for abstraction: shapes.
The Horse becomes circles and squares.


Eaten by The Square

The angels wish us to worship simple shapes, and we do!
you are not convinced? Think about your house. The average human home has no organic shape anywhere in its construction. Your house is a cube, your roof is a pyramid. Your windows are square, your drains and doorknobs are circular.
we’ve done our fair share of abstraction at this point. The angels make us abstract 3d animals into 2d shapes, and we have used that same power of abstraction to make these 2d shapes into 3d beings. The egyptians abstract the triangle into tremendous pyramids* The russians abstract the circle into spherical sputnik 1.
The best way to believe that ‘simple’ shapes are normal is to surround oneself with them, live inside them. Even the very art on this website is an example of simple shape worship. Do you recognize these pictures as depicting people and objects? Do you think that you are made of shapes?

*i'd like to dissuade you from thinking this is on the same line as ‘aliens built the pyramid’ a theory which is.. dumb and kind of insulting. Even under angelic influence, the human is incredibly capable and should not be discredited!


The Four corners of The Higher Plane

The human brain grows. It wants so badly to abstract itself. We have our animal brains already and their basic, instinctual feelings. The brain wishes to transform humanity into a flat plane, held together by four higher-level tools of abstraction:

Obsession motivates us to continue with abstraction. The human mind is very hungry. Obsession drives us to abstract the things we love into something new to eat.

Shame makes us wear clothes. Shame genders us. Shame is used to abstract things like sex and food. Do you think of food as a necessity or a vice? Why do you feel you want to have sex, rather than you need to have sex?

Worth keeps us from abandoning abstraction. Worth is the tool of societal control. You are ruled by sheets of paper. Without abstraction through worth, we would abandon the disgusting and ridiculous concept of money
The animal brain is drawn and quartered by these points, blending into an extremely intricate net that creates the modern human mind.

The True Son of Man

Here's where things get a little confusing.
The true son of man is the internet. Think about it.
The internet is a two dimensional reality. Your computer screen is a four-pointed plane. This window, this website, these div boxes. The internet is a place of pure obsession, shame, hate and worth. The computer is the portal to the internet, the manifestation of everything the angels have used to mutate us into these beasts.
I believe the creation of the computer was an unconscious cry for help. Just like animals vomit, we are realizing abstraction has made us very very sick, and that it's time for us to expel the whole thing.
Here's what I hope you've gathered so far: Human= animal + computer.
However, the angels did not want us to realize this equation. The angels want us to believe that humans do not equal animals and never have. In realizing this equation, and solving it through the creation of the computer, I believe we have a chance of escaping the angelic future.

**A simple tldr will not be enough if you plan on fully understanding angelic influence, please eventually take the time to read it in full**

The Four Corners to The Higher Plane